The Mirror Effect Of An Empath 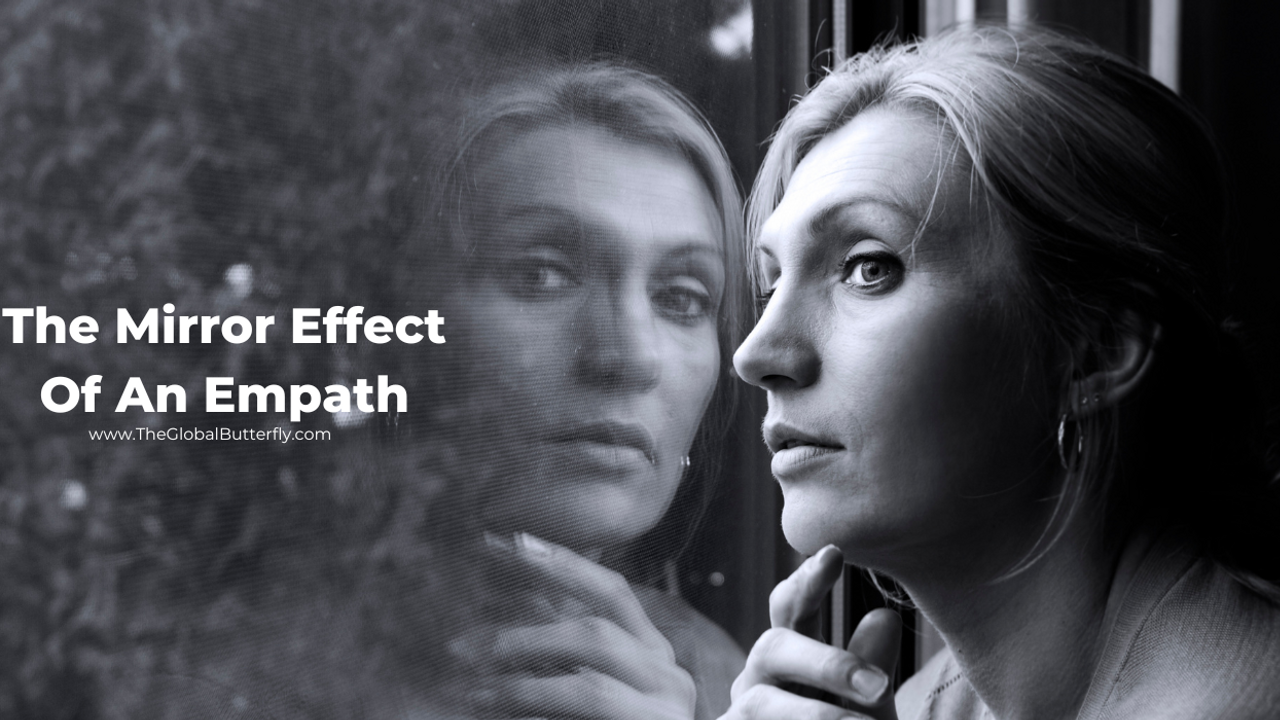 [Transcription - Video is below if you prefer to watch, not read]

Do you ever wonder why some people, even random strangers, take an instant dislike to you?

Maybe you're a bit of a sensitive or maybe you're an empath maybe you know that you are one of these or maybe you're not sure you what those labels mean and you just are looking for an answer of “gosh you know I am a nice person! I am truthful and I'm honest and I mean the best for the world so why do people instantly repel or why do they take an instant dislike to me?”

If this is a pattern for you well then that innately is leading you down the path to let you know that this doesn't happen just sometimes it happens quite often.

And here's the worst part. It leaves you feeling very confused wondering “Why?”

And you know and even challenge your own self esteem if you haven't addressed a lot of your own wounds or even just understanding this concept; but I'm going to share with you about the mirror effect of the empath.

So, I want to share something with you. I’ll share a  bit of a story, a bit of background with myself.

I have always been aware. Always been very awake. In fact I've had the “KNOWING” gift since I was a small child and a lot of that was suppressed, oppressed and denied and pushed away because I grew up in a very deeply what I call a dogmatic Christian environment where there were certain elements that were apparently were possible for Jesus and highly spiritual beings but not possible for a small child. It was like “How could you know that? How could you believe it'd be that? How could you see that?”

So I learned to suppress a lot of those gifts until later on in years. But they never went away. I just didn't know or learn to harness the use of them until recent years, in my thirties and forties.

So I'm 44 this year at the time doing this experience, this recording. [Note: this content piece was recorded three years ago and has been such a hot topic again lately with my clients. So I have shared it again, as I have many new followers, readers and subscribers].

So what I wanted to just connect with you about though is this issue around why do people repel?

And one of the things that I did is I was a high achiever, highly sensitive but high achiever, I would tend to gravitate towards personal relationships particularly in partnerships with men that I would also want to rescue if you like because I could see what was going on but also at the time when I was going through these dysfunctional relationships is the learning and lessons I needed to create myself with this self-love and these boundaries and discernment.

You can see my recent YouTube or podcast that lets you know that you can look for the one around that explains deeper into that concept but I'm not gonna do it here right now.

But essentially when when you are in the presence of somebody who is not willing to be fully aware of all parts of  themselves particularly their shadow self or parts of themselves that they're denying or repressing -  usually for two reasons one is that they either try to fit in which is the majority of the world, right? That's the core flawed fundamental belief, is that they're suppressing these parts of self because they want to fit in in order to not be rejected.

And the deep desire the human needs that is unconsciously trying to be fulfilled here is “I want to be loved,” right? “I need to be loved, and I need to be safe.” and so a lot of people aren’t necessarily living… they're not living authentically. They're living with masks. And so if you are in the presence of somebody who is not living authentically and it's a subconscious experience and it's not done with any malice well then that could be really uncomfortable. People are not necessarily aware of that.

So right now I'm talking about one of three experiences going on there's three reasons why people might repel or not like you:

The one I'm talking about right now is reflection.

So it's that whole mirroring effect of you are literally responding, because as an empath or a sensitive (maybe you know you are maybe you know you’re not yet aware that that's what you are) but you have the ability to feel the emotions as somebody else or see the aspects of somebody else and you'll mirror it back and the other person is not yet ready to witness that or see that. Well they don't like it. They may even despise it. And they'll then incorrectly project that back on to you because it's in their eyes it's you that's making them uncomfortable they're being triggered and they don't want to deal with it so they think it's you.

There is another very small percentage in there though right so there's a small percentage of people that do the hiding with malice and it's because they're wanting to manipulate. They've got their own agenda. And they don't want to get caught out. Now that's along the whole spectrum between narcissism and narcissistic personality disorder, sociopathy, and psychopathy. That's the experience. But the majority of people that might repel are not necessarily along that spectrum but just not necessarily awake, they’re asleep, they're not aware and they're not willing to be aware. They're not willing to do the inner work.

So that's just one aspect that addresses this situation.

The second one is your vibration.

You are a bright being of light and love. And while most people say they want that they're not actually in a resonance, a vibrational resonance, to match your vibrational speed. Which, if you're a being of love and light which your being a lightworker or an empath or a sensitive, the more that you do the inner work the more you do your spiritual gym work as I say and strengthen that empathic ability that you have; the empath ability - the ability to have self-love and boundaries and discernment, well then the brighter that your light becomes.

And while moths like to be drawn to the flame they don't want to be burnt. 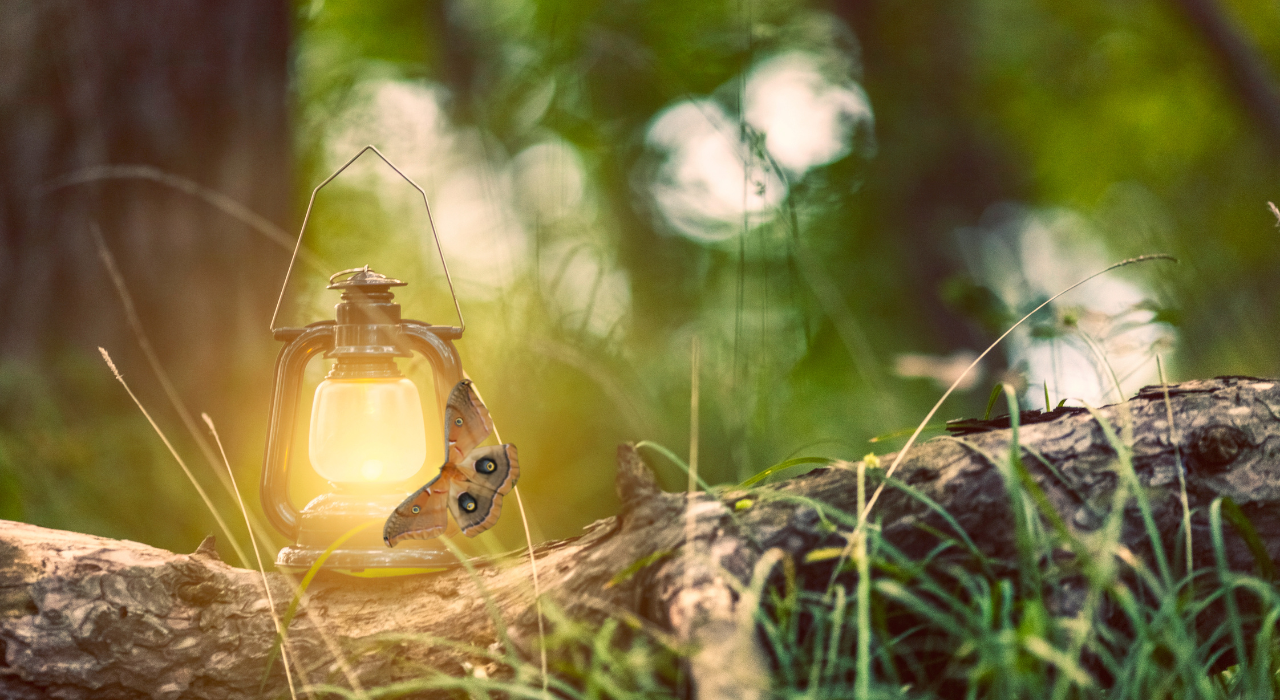 And for them if they come to the light because it's what they want they’re envious of it but they're not yet skilled or in awareness, first and foremost, but also an energy harnessing to be able to match you in that vibration to be in that field.

And so it's easier for them to tear you down and pull you down or run away and avoid you, because it  just reflects too much within them.

And just having this understanding around these concepts really helps, right?

So the third aspect that we've got, so we’ve got REFLECT and then we've got the VIBRATE.

And the third one I want to mention is HIBERNATE.

Hibernate means, as light workers and beings, well it’s called being on the earth is transmutation of energy. We're shifting energy; where we read, we detect, and we read and then we process energy. But the thing is we can't process other people's energy. We need to be discerning over being aware of what's our energy and what's not. And sometimes because we're in a 3d world we're on this planet and there's a lot going on and a lot of people are stressed. They are operating from fear. And including us (light workers), right?! So we're going to be consciously aware all the time, asking ourselves, “hang on, is this coming from fear-based thinking or love based thinking?”

But life happens. And we have our own goals and dreams and pursue them. And then we're meeting the demands and needs of other people, and so quite often if you're anything like me, you can be quite out there in the world doing what you need to do and then all of a sudden you just need to contract and shut down so that you can have some stillness time, some time to reflect, some time to renew. Because you charge from within, not from without. You don't you need people [to recharge], your energy is pulsating out quite a lot. We give a lot of energy and so when it comes to refuelling it's from the source so we want that timeout. We want to turn that [mental] chatter off. We want to be able to not have to respond to other people's demands. Or not even have our brains stimulated with just one more thing! Right?

And so that stillness, or that hibernation can be misinterpreted as being aloof or cold or inconsistent and then people will project their judgments about that onto you because of their own insecurities.

Hopefully this video and podcast has given you, shed some light on that for you, and provided some value for you to understand the mirror effect of the empath, or the light worker, or just you know I call it “the moth to the flame.” It wants to come in but then it's just it's not able to connect with the light either. So helping you understand and I hope that has brought a lot of value. If you love this please subscribe, like, love, share, tag a friend, share the message and make sure that you subscribe so that you stay in touch for future content. Thank you. 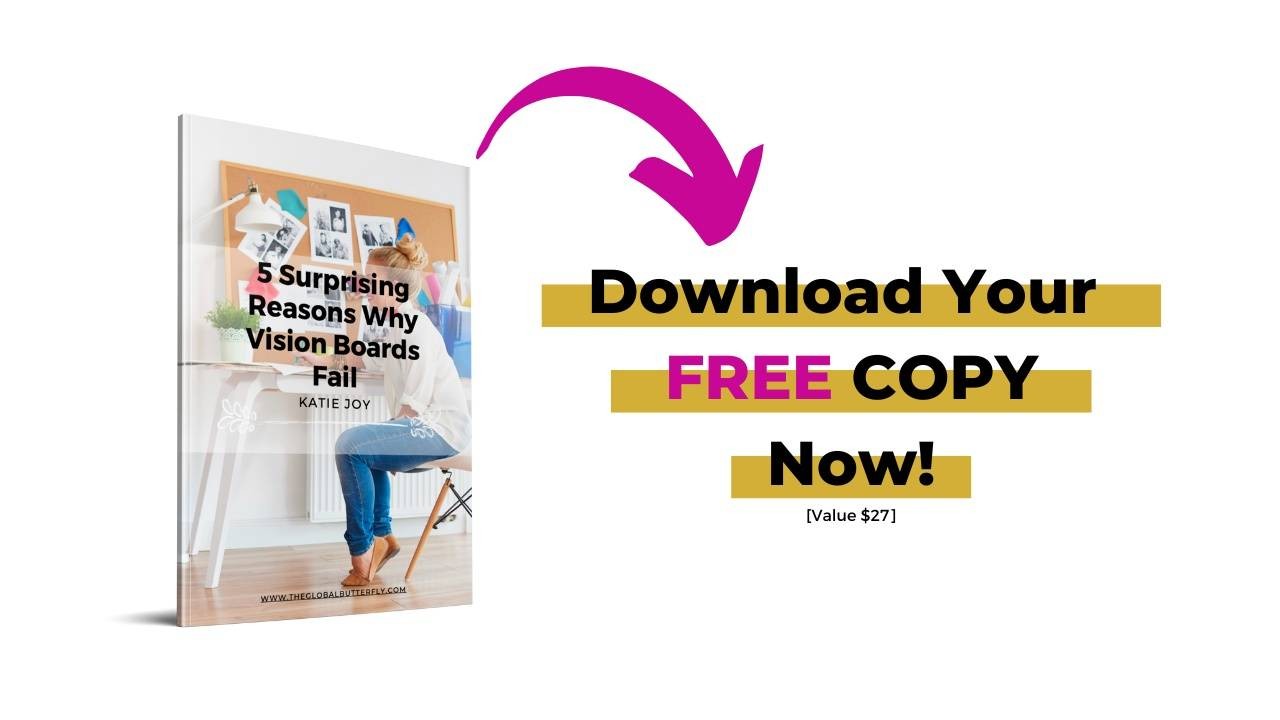 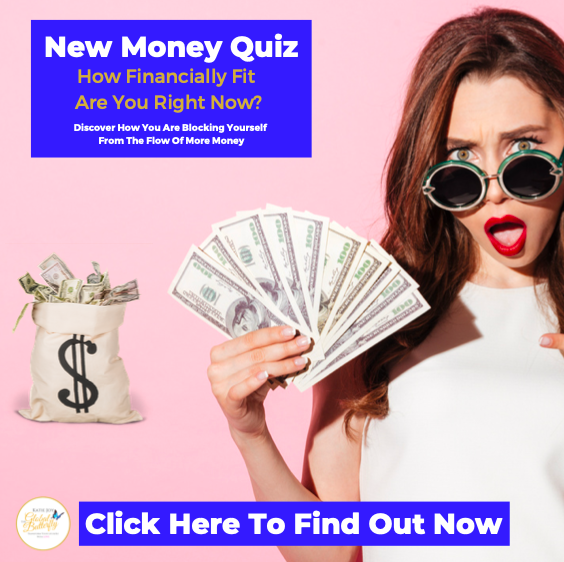 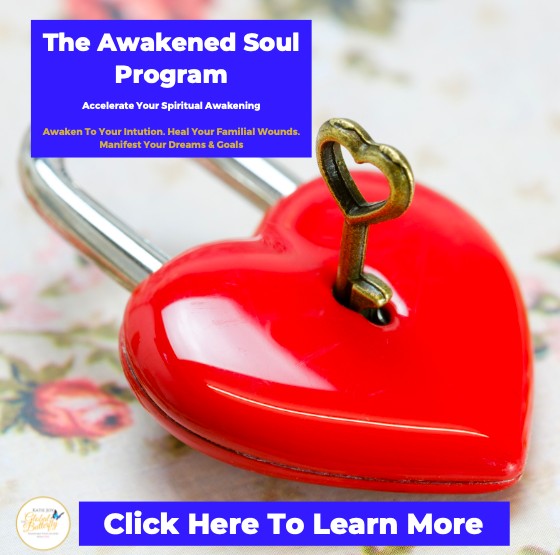 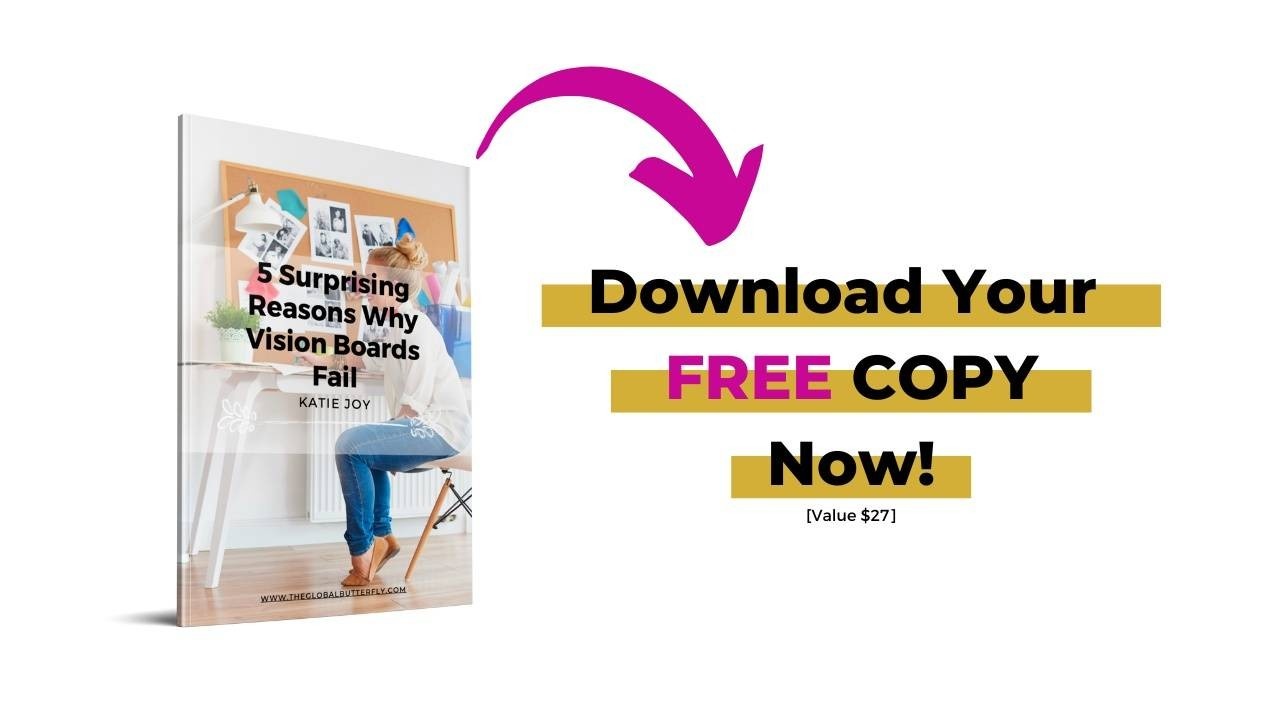 Yes! Send me my free copy of the ebook